How would we approach this task?

So what about car insurance?

The world of driving is on the edge of a dramatic change with the development of new autonomous vehicles, that are currently in the process of being tested, by several manufacturers. The way in which people drive is changing, so the way in which those drivers are insured will also need to keep pace with the technological advances.

How existing technology is changing insurance

Autonomous cars are not ready to be used on public roads just yet, but the existing technology that is now being incorporated into cars is already changing the world of motor insurance.

Many people, particularly younger drivers who have only recently obtained their licence, often struggle to find affordable car insurance, as their lack of experience on the road puts them at a higher risk of having accidents. One of the most popular ways for this age group to insure a car at a more reasonable cost is to have a "black box" installed. This box records the telemetry of the car, including its speed, acceleration and braking patterns, and it sends all this data to the insurance company. This constructs a profile of the person's driving style, and reduces the cost of insurance for those deemed to be "safe". Discounts for safe driving can be up to 30%, if a black box has been installed in the car. However, it can increase costs for those with a more risky style of driving.

Onboard telemetry can also be used in a "pay as you drive" type of car insurance. The vast majority of policies will involve either a monthly or annual cost, which is partially based on the estimated mileage for the year, but will also take into account a range of other factors, such as the age and profession of the driver. Pay as you drive is based instead on the actual mileage covered; so, the less the car is used, the cheaper the insurance. This may be particularly suited to those living in urban areas with good public transport links, as a car may not be needed for everyday use.

Over 90% of car accidents are caused by human error, so in theory, the number of accidents should decrease dramatically with the introduction of autonomous vehicles. This will lead to resulting decreases in the cost of car insurance; fewer accidents mean fewer claims to pay out.

However, insurance companies are more concerned about the risks of semi-autonomous vehicles, which share control between the car and driver, than about fully autonomous ones. By not being in control of the car at al times, the driver may not be ready to respond when the system indicates that they need to intervene. Some manufacturers, such as Ford, would prefer to skip this stage completely, in favour of complete autonomy.

One consideration that insurance companies will need to consider more carefully in future is the cyber risk. The more connected a car is to computer networks such as the Internet, the greater the risk of hacking, especially with wireless connections. Insurers and manufacturers will need to work together on the best ways to reduce these risks and ensure the networks are secure.

Software malfunctions will also need to be considered. In tests of autonomous cars, sensors have been unable to distinguish lines on the road, and on another occasion a car stopped because it could not respond appropriately to the presence of a pothole. These incidents highlight the need for regular highway maintenance, but liability when software malfunction causes an accident will need to be determined. 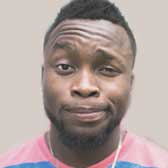 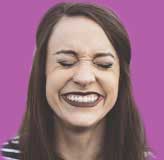 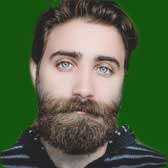 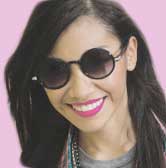